When you have a baby, there are lots of decisions you will have to make, and the feeding choice will be one of the first. Breastfeeding was a natural option for me. I didn’t even think for a second about it.

The only thing I wish I had known before my baby was born is how difficult it REALLY is.

Yes, I heard that if a baby doesn’t latch properly, it may hurt, but boy, what a pain that was.

If you want to breastfeed your baby, then I applaud you, because you will give your little one the best start in life. But be prepared, the beginning might be almost unbearable.

It will be hard, and it will be most certainly painful, almost to the point when you are ready to give up.

Nevertheless, it’s still worth the sacrifice, when I see Little E growing and becoming a young little lady.

When I was pregnant, I attended ante-natal classes, and one of the topics we discussed in detail was breastfeeding. They explained how to position the baby, how to get his mouth open, possible issues, how the right latch looks like, feels like and so on.

I got an idea here that breastfeeding is quite a complex process and it seemed like a proper skill to master.

So, you can imagine how proud I was of myself when I didn’t feel any pain the day my daughter was born. It was great. She was feeding well, I didn’t feel any discomfort, and I thought ‘That’s it, I’ve done it, breastfeeding is easy’.

Then came a Day 2 of Little E’s life and I soon realised how wrong I was. It all went downhill from then. All the joy of successful breastfeeding was gone. My nipples were very sore, and it was just getting worse with each feeding. I didn’t understand what went wrong.

I was desperate. I honestly thought that my baby forgot how to latch on and will never do it right again. Really?? What was I thinking? I guess the hormones and emotions just got the best of me. 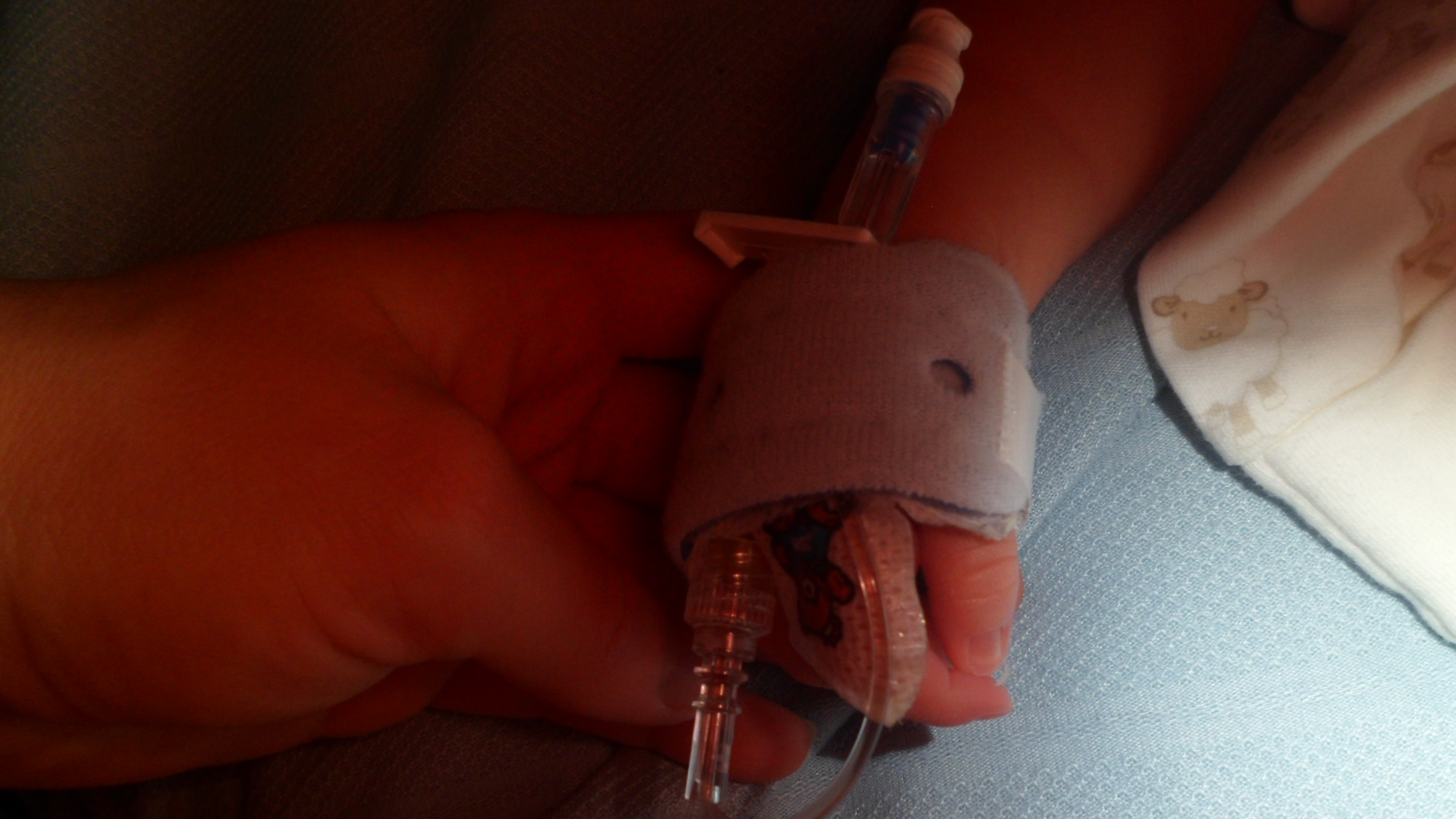 Little E’s breathing was faster than it should be after she was born.  They put her on antibiotics as a precaution, in case, she has an infection. And that also meant that we had to stay in hospital some extra days.

For the next few days, I was struggling with breastfeeding. And my baby’s constant crying wasn’t helping either. The midwives were telling me to feed her right after I’ve just finished.

In the end, when they saw nothing helps, and Little E just wouldn’t settle down, they offered me to give her some formula.  I was a bit apprehensive and worried she would refuse to breastfeed afterwards, but I was also exhausted, so I accepted. She fell asleep almost immediately after that.

That made me feel even worse about breastfeeding. I thought I didn’t have enough milk and she was hungry. But the midwives quickly explained that she only needs a tiny bit of my colostrum in the first few days, and a formula is much more filling, that’s why she probably fell asleep.

The next few days were still a huge struggle when it comes to breastfeeding. Little E also developed jaundice, so I had to feed her even more frequently to make sure she gets enough fluid and doesn’t become dehydrated. So it was breastfeeding, top-up bottle feeding of my expressed milk, expressing milk again, and round it went like this for 2-3 days.

The pain became very intense, and I didn’t even have a proper nipple cream, only a coconut oil, as I read somewhere that it’s good for sore nipples. Well, it certainly wasn’t for mine.

When I was pregnant, my friend told me about the Lansinoh nipple cream and how good it is.

I should have listened to her and get it before I went to the hospital to have a baby. But because it’s a bit pricey, I thought I’ll wait to see whether I really need it. I didn’t expect the pain to be so agonising and come so fast, naively thinking it will be a gradual process. Looking back now, what is £10 for cream? At that moment, I would have paid ten times more for it. Luckily my friend came to see me to the hospital on Day 4 and brought me the cream. It’s been a lifesaver.

Looking back, I’m glad we stayed in the hospital for five days. It helped me to get my breastfeeding at least a bit established. I was able to call midwives anytime I was feeding my baby. They would check if she latches on properly and if not, they would help me to do it right. Although it seemed that every time they were there, my daughter was latched on just fine, but as soon as I was alone, it was a struggle again.

They encouraged me to keep going and give it more time. And that’s exactly what I did. Eight months later, we are still going strong.

So, the help in the early days of breastfeeding is invaluable. If you are discharged from hospital early, and you feel like you need more guidance and support with breastfeeding, don’t hesitate to call your midwife or health visitor.

The truth you won’t know until you are actually breastfeeding

The intensity of pain described earlier is evident. I won’t go into more detail with this one. I think you get the picture by now.

You can’t fully prepare yourself for breastfeeding

You can read step-by-step guides, watch videos, listen to other mums, take breastfeeding classes, but you can never be entirely ready for breastfeeding. There are so many issues, so many things that can go wrong.

Now, surely all these things mentioned above can help you to be more prepared. So, I’m not saying you shouldn’t read, watch videos or attend classes. All I’m saying is – don’t expect to breastfeed like a pro at the beginning, even if you’ve done your homework during pregnancy.

Successful breastfeeding requires you to be available 24/7. No kidding. When my friend who had a baby a year before me told me, that her baby breastfeeds every half an hour, I didn’t think it was even possible.

Ok, I didn’t feed my baby every half an hour, but hourly intervals were not uncommon. Nothing like what they told us in ante-natal classes about feeding the baby every 3-4 hours. Bottle-fed babies maybe, as the formula is more filling; breastfed babies, forget about that routine. As a result, if you breastfeed, your baby will probably wake up more often at night, because he will digest breast milk much quicker than formula and he will become hungry faster.

Breastfeeding isn’t for everyone 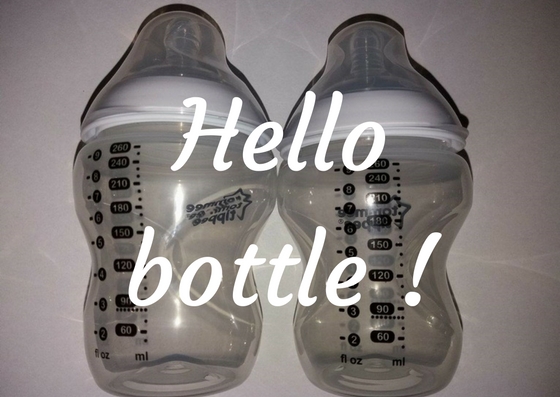 It requires an enormous sacrifice, and not all mums are willing to go along with it.

There may also be health problems that prevent a mum from breastfeeding. My sister, for instance, got breast infection and had to be on antibiotics. Bless her, she still wanted to breastfeed and was expressing milk as well as giving her baby formula.

Once she was better, she wanted to breastfeed exclusively, only for her baby being quite fussy when breastfeeding exclusively. She was deciding whether to go back to formula as it seemed that her baby was more calm and content after formula. In the end, she carried on breastfeeding, and after seeing her struggles, I admire her for that.

I can now understand why some women give up breastfeeding if things go wrong. And I am less judgmental of mums who bottle feed their babies. I don’t know their story, and before I had a baby, I didn’t have a clue how hard breastfeeding can be.

Babysitting? Don’t get too excited just yet

If you are exclusively breastfeeding like I have been for six months, your baby may refuse a bottle; even if she accepted it before.

When I went to Slovakia for Christmas, I planned an afternoon with my friends and left Little E with my mum for a couple of hours. Yipee, my first few hours off since she was born six months earlier.

I left my mum some baby formula, which Little E had for the first time during a flight a few days earlier and she was all right with that.

In the end, those few hours off turned out to be exactly one hour, when I received a call from my mum saying, that Little E doesn’t want to feed on a bottle and off I went back home.

There you have it, my first ever babysitting session.

Good on you. I didn’t want to discourage you from breastfeeding in any way. I wanted to show you a realistic picture of breastfeeding and how difficult it may be at the beginning, regardless of your knowledge beforehand.

It’s a hard job, and if you dive into it with an open mind, with realistic expectations, you will succeed.

If you have any questions, comments or maybe you want to share your own breastfeeding story; I would love to hear from you, so get in touch below.